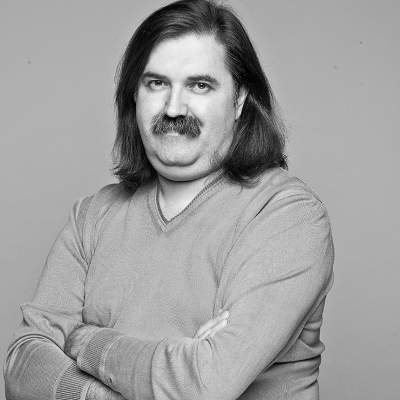 Oleksandr Olshanskyi – a man of the year in the Ukrainian Internet in 2010 (by InternetUA version), 2012 and 2013 (according to the market experts AIN.ua), Committee chairman of the E-Commerce Internet Association of Ukraine, President of Internet Invest Group holding and Olshansky & Partners Ukraine.

He is a venture investor. He has been on the Ukrainian market of IT since 1999. He stood at the origins of the creation of the Ukrainian traffic exchange network UA-IX. He headed holding of the largest Ukrainian providers (Digital Generation, IP-Telecom, and Relcom).

He is the ideologist and organizer of the largest in Central Europe IT conference iForum. One of the founders of Zakaz.ua service.

Want to stay updated on the most exciting IT events?
Sign up for our newsletter

Organized by the efforts of volunteers from following companies

City of the Future Sponsor